The Springboks have named their squad for their end of year tour of the Northern Hemisphere. In 2010 the South African rugby team will face Ireland, Wales, Scotland and England, making it a rare Grand Slam tour opportunity, their first since 2004.

Here is the Springbok squad for the 2010 End of Year Grand Slam tour:

The original squad included centre Juan de Jongh, halfback Ricky Januarie and flanker Schalk Burger, but all three have had to withdraw because of injury. de Jongh and Burger incurred injuries playing for Western Province against Sharks in the Currie Cup final. Juan de Jongh received a hairline fracture on his left ankle while Schalk Burger has a broken rib. Adrian Jacobs, Deon Stegmann and Zane Kirchner come into the squad as replacements. 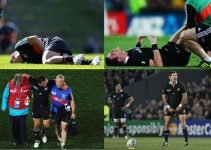